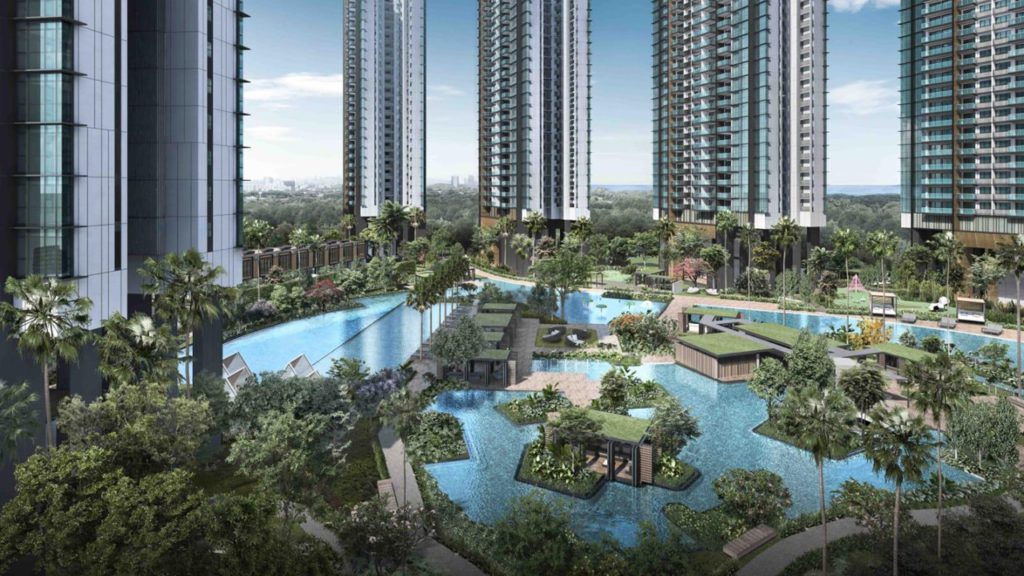 New private home sales dropped by 58.0% (m-o-m) in December amid the introduction of the latest round of the property cooling measures and due to seasonality as a result of year-end holidays. A total of 650 units (excluding ECs) were sold in December, as compared to the 1,547 units in November.

Another reason for the decline in sales in December was also due to a lower number of units launched. Developers were mindful of the holiday season in December and may have wanted to regroup after the cooling measures were announced abruptly.

Developers only launched a total of 383 units in December as compared to the 1,283 units launched in November. New launches in December included Mori, Perfect Ten and Zyanya. There were a total of 69 EC units transacted.

Normanton Park tops as the best-selling project in December

The top selling project for the month of December was Normanton Park, which sold 73 units at a median price of $1,831 psf. A combination of having fewer new launches in the Rest of the Central Region (RCR) and Normanton Park being a mega development offering over 1,800 units may have consistently driven demand towards Normanton Park in 2021.

Over 80% of units have been transacted so far, with 1,492 units sold out of 1,862 in the development. The consistent sales are also due to the appealing nature of the development to families of all sizes.

New launches Mori and Perfect Ten had commendable sales performance despite the announcement of the property cooling measures in December. Mori was one of the earlier new launches in December, before the cooling measures were introduced. Both projects did not launch all of the units in its development. Mori launched 73% of its units and Perfect Ten only launched about 22% of the units in its development. Mori sold a total of 71 units at a median price of $1,869 psf.

According to data retrieved from URA realis, interest towards the 3-bedders at Perfect Ten, sized between 1,227 sq ft to 1,281 sq ft, boosted transactions in the price range of $3.0 million to $5.0 million. Zyanya sold 2 units, which were 1 and 2 bedders.

It is worth noting, though, that there was a 26.5% year-on-year drop, as compared to the 34 units bought by foreigners in December 2020.

Demand to be nudged by owner-occupiers in 2022

Nevertheless, this will be the highest number of new home transactions since the previous high in 2013, when 14,948 units were transacted.

Buyers and investors who might be adopting a “wait and see” approach are likely to be on the sidelines monitoring the market and comprehending the impact of the property cooling measures in the coming months. While, the demand in the property market will be presumably nudged by home buyers who are primarily purchasing for their own occupation. As these owner-occupiers are undeterred by the cooling measures.

In 2022, we can expect demand for the new sales segment to be subdued in the first half of the year, as developers might reconsider their launch dates and readjust their pricing.

Developers of previously launched projects might be contemplating dangling more incentives and discounts to garner interest as well. This can be reflected in the recent Perfect 10 launch, as they were offering a one-time discount to stimulate demand.

With a dwindling inventory of unsold units, a lower number of new launches and in view of the cooling measures – developers are likely to space out their launches and intermittently release units over several months.

URA will be releasing the final figures for the 4th quarter of 2021, together with more detailed private housing data on Jan 28, 2022.