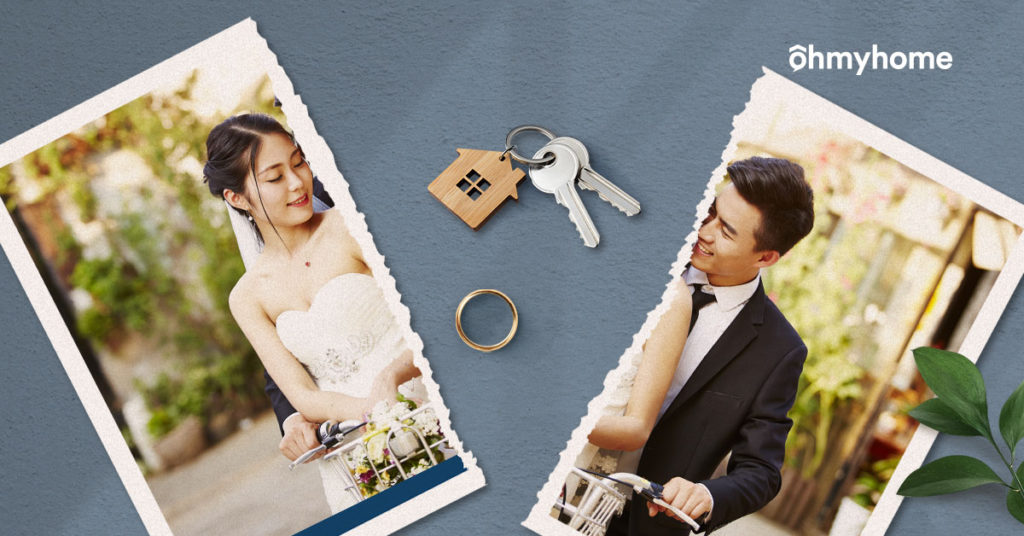 No one enters a marriage expecting it to fail, but it happens every day. Divorcing couples often have to make a host of difficult decisions in the face of their new emotional and financial reality, such as selling their matrimonial home — typically an HDB flat for most Singaporeans. Going through such an event can be both emotionally and mentally draining.

To get an idea of what are the annual number of divorces, we went to look at some data that were available publicly.

Based on the statistics retrieved from Singapore Department of Statistics, the total number of divorces and annulments were 6,959 in 2020.

And according to the Ministry of Social and Family Development (MSF) report, a higher number of recent marriages are ending as compared with those who wed much earlier

The first questions include when can one sell it? What are the documents needed to sell it? Who does the flat go to after the divorce?

We asked Ohmyhome Super Agents to answer these and other frequently asked questions most divorcing couples have about selling their matrimonial HDB flat.

Top 5 questions about selling an HDB flat during divorce

1. Who gets the HDB flat after a divorce?

If the HDB flat is a matrimonial asset

If it was purchased by the couple as part of a joint application or under the HDB fiancé/fiancée scheme, it will be considered a matrimonial asset and divided between them equally.

But it will ultimately depend on the final judgement of divorce, which marks the end of the marriage and concludes the divorce proceedings.

If the flat was purchased before the marriage by either party, it will only be considered a matrimonial asset if fits the following conditions under Section 112(10) of The Women’s Charter:

If the HDB flat is not a matrimonial asset

Where there is no agreement to define the flat as a matrimonial home, both parties need to submit their respective positions through their divorce lawyers to be presented during the ancillary matters hearing.

If the court deems that either party is not eligible to retain the flat, it will have to be returned to HDB at a justifiable compensation price (subject to approval) or resold in the open market (subject to the terms of the final judgement).

If the flat has reached its five-year Minimum Occupation Period (MOP), it can also be sold in the open market.

However, either party can request special approval from HDB to resell it if it has not reached its MOP.

The sale proceeds will be used to finance any outstanding mortgage loan and reimbursement to the Central Provident Fund Board of the amount used for the purchase of the flat with accrued interest. The remaining balance will be divided between both parties according to the court order for the divorce.

To sell the HDB flat, either party must produce the following documents:

2. How does the division of matrimonial assets work?

According to section 52(7) of the Administration of Muslim Law Act, the Syariah Court has the power to dispose of, sell or divide the property between both parties as it thinks just and equitable.

This depends on whether the divorce is due to any of these reasons:

The Syariah Court and the MUIS Appeal Board have amended the matrimonial assets in Women’s Charter in early 2019, and as per the amendments:

The division of matrimonial assets depends on the following factors, according to Section 112(2) of The Women’s Charter:

3. Can I sell before the final judgement of my divorce has been finalised?

Generally, the matrimonial property can only be sold after the final judgment, obtainable three months after the Interim Judgement of Divorce (marking the end of the court proceedings’ first stage).

4. I’m currently in the middle of divorce proceedings. Can I take over the current house from my ex-spouse?

If the court has granted either party to take over the matrimonial flat through a change in flat ownership or a resale of part-share, they may submit an application for it only after the final judgement. (Of course, the party must also meet the eligibility conditions to take ownership of the flat.)

That means the applicant must have received the Certificate of Final Judgement for a civil divorce or a Certificate of Divorce for a Muslim divorce. HDB will not accept applications for an ownership change if the divorce has yet to be finalised.

5. What happens if I get divorced before MOP?

To sell the matrimonial flat during a divorce, it must have reached its MOP by the divorce completion date. If not, either party can request special approval to sell the flat upon receiving the final judgement (subject to approval).

Sell your home fast and at the best price!

Sell your home for a high price in no time, hassle-free. Starting at 1% + GST of selling price. Our Super Agents are CEA-certified and among the Top 1% in Singapore. With more than 8,000 happy customers served, we’ve garnered 4-star ratings on both Facebook and Google! We go in-depth about what you can expect when you engage an Ohmyhome HDB Seller Agent.

Call us at 6886 9009 to secure an appointment with any of our Super Agents or message us in the chatbox at the bottom, right-hand corner of the screen. You can also WhatsApp us at 9727 5270!