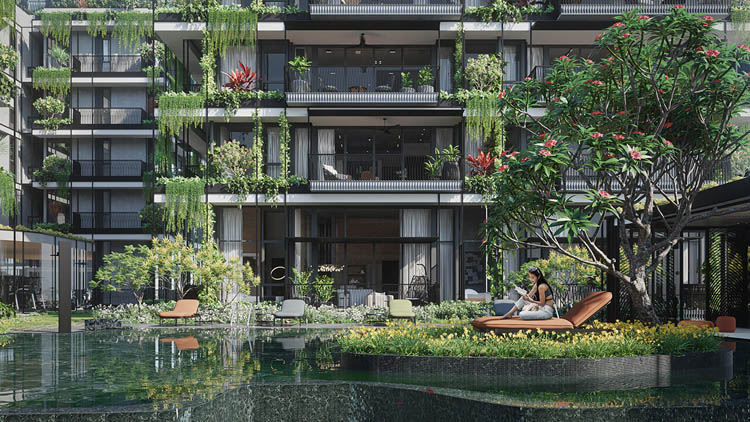 Developers launched a total of 661 private units in October, with 84.3% of units from previously launched projects. There were no new Executive Condominiums launched in October.

The primary contributor of sales was Jervois Mansion, the only major new project launched in October. The top selling Jervois Mansion sold a total of 99 units at a median price of $2,553 psf.

The second best-selling project for the month was Normanton Park, selling a total of 73 units at a median price of $1,839 psf. Since its launch in January, this development has been consistently part of the top 10 best selling projects list. It has sold 70.9% of its total units to date.

Furthermore, Jervois Mansion was responsible for the increased growth rate in the Core Central Region (CCR). The project had the most number of units sold in the segment and attributed to the total number of units sold in the CCR segment. A total of 168 units were sold in September in the CCR segment, as compared to the 281 units transacted in October, translating to a 67.3% increase.

Lack of major new launches attributed to the decline in sales in the Rest of Central Region (RCR) and Outside Central Region (OCR) respectively. As buyers and investors dipped into previously launched projects, which topped the sales for these regions.

For the overall new condominium sales (excluding ECs), about 67.7% of units were transacted in the price range of between $1 million to less than $2 million for the first 10 months of 2021.

The map above illustrates the top selling towns with more than 500 units transacted in the aforementioned price range, for the first 10 months of 2021.  A total of 1,167 units were transacted in the Queenstown area, followed by Bukit Timah with a total of 630 transactions. Some of the notable projects that are in these towns include Normanton Park (Queenstown), Pasir Ris 8 (Pasir Ris), Forett At Bukit Timah (Pasir Ris), Ki Residences At Brookvale (Clementi).

The number of purchases by foreigners for private new home sales grew from 4.6% in September to 6.9% in October 2021.  As Singapore is gradually launching Vaccinated Travel Lanes (VTL) with more countries, we can expect an increase in foreign interest for the Singapore property segment. However, an immediate surge is unlikely as we foresee a progressive growth as more restrictions are eased in the coming months.

To analyse further, we looked into foreigner purchases of non-landed properties under the various price ranges. More foreigners were purchasing properties above the $4 million dollar price range, growing from 29.7% in September to 38.7% in October.

With the inclusion of October’s developer sales, a total of 10,918  private new home sales (excluding ECs) have been transacted for the first 10 months of 2021. This is a 9.4% increase as compared to total transactions in the entire 2020.

With the extension of the stabilisation phase, developers are timing their new launches carefully. Barring any changes, upcoming projects scheduled to launch include Cairnhill 16, CanningHill Piers, The Commodore and The Mori.

As Singapore gradually eases restrictions and transitions toward the endemic phase, we can expect property market confidence to remain optimistic. Moreover, with over 80% of vaccination progress and more countries added to the VTL, we expect Singapore to progressively return to being an optimal destination for property acquisition and investment. We anticipate final private new home sales figures to end on a high note – up to 12,000 units for the whole year. What You Need to Know About a Leasehold Condo?